It MUST be true, since it is my own experience that not every “yes” is a good answer, and not every “no” is a bad answer. T 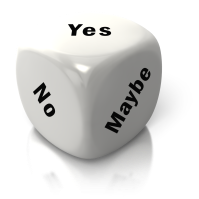 his  post is about the past month, during which I found myself distracted by opportunities, reminded by anniversaries, and presented with new partners. In the end, doors and windows keep opening  while I’ve been busy closing others.

When I left my job two years ago, it was my intent to take one year off of work to figure out what the rest of my life was going to be about. I didn’t know if it would really take a year, but that is what I thought I could afford..in terms of money but also in terms of social acceptability and self image. Ha! It actually took me two years but the doubts are now just fleeting thoughts. I’m ready to step off of the edge of this cliff and make some changes.

The month of November was the watershed. I had been wishy-washy about so many things over the past two years, trying to be open to new ideas, giving lip service to resistance about staying in my same old lane, yet keeping that safety net in place to the point it became my default Easy button. I dipped my toes in the water all summer long about going in a new direction, and now I’m jumping all in.  The “funny” thing is that my decision is finally the culmination of what I even said I would do two years ago but apparently was not committed to, writing a book about my grief experience.  I say “funny” because I have not felt much like laughing; in fact, have done a lot of crying and whining and wallowing and avoiding. This blog was my way of testing the idea.

So why now? Well, November is, first of all, the anniversary of when Kevin died. It’s also when his birthday was. His death created  an opening for me to once and for all give up the obligatory life I had been living (by choice, I admit freely), and live my bliss, so to speak. But I had no idea what that was. Or rather, I ignored the idea that I could really do what I had long fantasized about (at least subconsciously). That’s not the same to me as what I’m passionate about. I kind of hate that concept – find what you’re passionate about and do it! I was deceived into thinking it had to be ONE BIG THING that I was so ga-ga over that it was indisputable and very obvious what it was. But I couldn’t see the forest for the trees.

Also, November brought me another crushing blow when my daughter was unable to carry out a pregnancy. It maybe sounds shameful because I have other grandchildren, but for some reason, this one grabbed hold of my heart in a way the others didn’t. I was considering – seriously considering – packing up and moving to the other coast to become the grandma I wasn’t yet. This loss also reinforced for me  (how many times do I need to be hit upside the head????) how fragile life is, what a short time we have on this Earth, and how imperative it is to do NOW whatever it is I can’t figure out I’m supposed to do. This was the first week of November.

Kevin died on November 23, but it was the Sunday before Thanksgiving. This year Sunday was the 19th, so I managed to now activate my sadness genes for an extra 4 days, and then keep the pity party going through his birthday on the 30th. By then Mercury went retrograde, making my life  shmush tightly until I burst out in anger, asking for some help to get clarity once and for all. Finally, I forced up some answers.

A woman I met more than year ago but whom I hadn’t followed through with on a book plan was open to meeting with me again. After a couple of meetings, I felt that it was time I took a risk and put myself out there for something different than the standard fare that is me. And she said yes! We are going to partner up on a project.

By now, you’re probably wondering what in the world I’m talking about? It’s books. Not just my book, although that is on the horizon. It’s how books get made, the road from writer to published author. I used to consider that among the things I kept with me from move to move to move were books on leadership and public speaking, so that must be my thing. What I failed to see is that I keep books, not just the leadership and speaking  kinds but all kinds of books: different genres, buying them here and there, giving them away as gifts, using my library card regularly.  I love to read. I love books. If I have a collection of anything, it’s books. Yes, I have a kindle, but I love the paper, the touch, the notes I make in the margins. All things books. I even know people who have written books. AND I had a conversation with another friend a while back about her idea to set up a publishing business with her sister.  Which is to say that all the dots have been floating around but I couldn’t connect them; until now.

I actually started writing my first book so long ago I can’t remember when, except that it was during the First Husband phase, which means probably 30-40 years ago. I only did two chapters but I still have it  tucked away. Written longhand on a legal pad of yellow paper. I have since had four articles printed in trade journals, the first back in 1988 or 1989, the most recent one this past summer. I’ve even been paid for some writing. So I’m already a writer aside from this blog, and legitimately published. But I want to know more. I want the peek behind the curtain. I want to explore the world of writing and publishing.

Today I was asked about what it is I do. Without forethought, I responded “I help people help themselves with their writing and public speaking.” And I finally felt like I knew who I was. It’s been a long time coming, this decision – or is it just an acknowledgement? I know now that this version of me has been here all along, just buried so far down under the roles of daughter, and mama, and wife..sister..friend..employee..

And wouldn’t you know it? I have been sitting on a chance to do more court work. A proposal is  due tomorrow if I want to bid on the work, but I just can’t get excited about it. The money would be okay but it’s not all that great, and there are a few other detracting elements, like having to travel regularly, getting a supplemental business license, and giving up my rights to the final work product.  It’s an opportunity I would have jumped on in the past, but now I realize that while it’s something I could do, it’s not something I want to do. I’ve just learned this, too: Every “yes” is a “no” to something else. (Kevin Kruse, www.15TimeSecrets.com.)  I’m saying no to that proposal.

So November came and went, bringing with it old reminders and new lessons. Mercury went retrograde and brought with it some shade. Distractions tested my resolve, but opportunities helped me get clear on what I DO want, not just what I don’t want. It’s taken me two years of pushing, but I finally figured that out. And the time it has taken to do all this figuring was the gift from the grief I endured so I could learn to let go of the past, craft a new normal, and open myself to receiving the next part of my amazing life.

I’ll end with photos of two  vision boards I made for myself nearly a year ago, with the goal of manifesting my future – the one I couldn’t see, that I struggled to find. I couldn’t even interpret these then, but I can see now how they were showing me a way. I made 7 boards in about a one-week span, and all I was looking to include were things that resonated with me, even if they didn’t quite make sense. It’s  now crystal clear.